MLS Teams | All you need to know before betting in PA

The MLS continues to grow with a thriving soccer community, new professional clubs joining the league, and big-name players signing from overseas.

It’s the perfect time to include MLS fixtures in your betting strategy, and we have all the information you need right here.

Our BetPhilly experts are on hand to highlight the key details, from how many teams make the MLS playoffs to the popular question of how many MLS teams are there. Let’s kick it off! 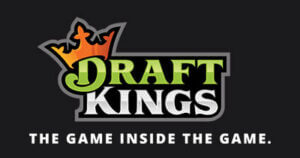 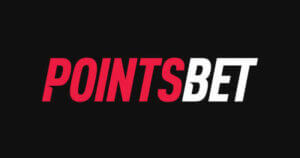 You will find one MLS team in the Keystone State, and that comes in the shape of the Philadelphia Union. The MLS is the youngest of all US sports, so the “The U” has only been running since 2008.

Despite the few years in business, they have reached several MLS Cup Playoffs and picked up the Eastern Conference League title in 2020 and 2022.

Many other lower league soccer teams play throughout Pennsylvania, including:

How Many MLS Teams Are There Playing?

You may be surprised by the number of teams already established in MLS, considering it only kicked off in 1996. So, the answer to how many MLS teams are there?

It is currently a total of 28 teams, 25 from North America and three from Canada.

“The 2023 season will welcome 29 teams, with the Sacramento Republic set to join the ranks.”

Due to the dynamic nature of the league, we should see more clubs being introduced over the coming years.

The league is split into the Eastern and Western Conferences, with every team playing 34 games during the regular season (17 games at home and away). All the current 28 teams can be found in our “all MLS teams list” below.

The MLS Cup Playoffs consist of the top teams from each conference, so another common question we get asked is; how many teams make the MLS playoffs?

The answer is that 14 clubs move through into the playoffs, seven from both the Eastern and Western Conferences.

The winner of each conference is awarded a “bye” straight into the Conference Semi-Final, while the remaining six MLS teams compete in the first round of the playoffs. Take note there are no wildcards utilized in the MLS playoffs.

Though we have still already witnessed several MLS Cup champions, Eastern and Western Conference winners, and some standout teams ruling the sport.

You are never short of soccer statistics, and becoming familiar with all the teams and performances can help your betting strategy. Here we bring you key points covering performances and MLS history details across Pennsylvania and the US.

The “U” has enjoyed some success since its inaugural season in 2010. The most notable awards have been topping the Eastern Conference twice in 2020 and 2022 while also picking up the Supporters’ Shield in 2020.

Current performance levels are high, with the fans at Subaru Stadium hoping for the rich vein in form to continue through the following seasons.

The Best MLS Teams and Past Performance

The MLS continues to bring a more competitive edge through the improvement of MLS teams and the arrival of global soccer stars.

The current power rankings show the following teams to be at the top of the pile regarding recent performance.

One thing to remember is that betting on the best teams in MLS on a betting site often imply that you get a lower odds, because the risk is less than betting on an underdog.

This later evolved into the current framework, where international clubs get invited to play against the best of the best from all the MLS teams.

The competitive nature of the league can mean some MLS teams swing wildly in the power rankings. All it takes is some young starlets to move to the first team or some big-name signings from aboard to boost the weekly performances and, in turn, their final conference position.

Still, there will always be some teams holding up the rest from the bottom positions, so here is the current pack of teams struggling to find some MLS form:

Notable Team Rivalries in the MLS

Rivalries have been one of the most discussed aspects of MLS history since it began. Almost from the start, these contests have boosted the profile of regular-season games, increased the stakes for both teams, and strengthened links between their fans.

The fact that rivalry games consistently receive high ratings on TV and draw the largest audiences at stadiums is proof of the significance that both teams and fans place on these battles.

Being played out since 2018, there is no doubt that El Trafico’s popularity will soar on the strength of its entertaining content alone in the years to come.

It simply requires a little more time to generate history and memories, not to say that it isn’t there already. The derby’s name alludes to LA’s infamous traffic, as the motorway between the two clubs is 12 miles long.

The rivalry between the Pacific Northwest powerhouses is often regarded as the fiercest in all of American soccer, and the intensity of their matches has been likened to those of English Premier League derbies.

When two MLS teams stand boot to boot, this game has everything you want: a rich past, a bright future, and a fiery present.

The MLS is young compared to other US sports, but many teams are building a hot temper for one another.

See below for some of the “best of the rest” rivalries across the league, along with their nicknames that are being lovingly taken to heart by the fans.

The Keystone State does not have a long list of standout players, but the ones that are mentioned below are exceptional talents within the game.

We do not doubt that we will find many more successful PA-born players in the future. For now, here is our pick of the bunch.

Christian Pulisic is perhaps the most famous of all soccer players to have graced the pitches of Pennsylvania, although that was not for very long.

Pulisic, born in Hershey, PA, has played at the highest game level in Germany and the UK for most of his career.

Ben Olsen has enjoyed a long time in the MLS in one shape or form. Born in Harrisburg, Olsen played for DC United, the national team, and even had a brief spell at UK club Nottingham Forest.

He then returned to DC as manager, having racked up 239 senior career appearances.

You can find one MLS team in PA right now. The team is known as Philidelphia Union and established itself in the MLS in 2008.
There have been no winners of the MLS Cup from Pennsylvania yet. We still wait to see Philadelphia Union lift the Cup.
After playing 34 games each, 14 teams qualify for the MLS playoffs. Seven teams from both the Eastern and Western Conferences progress.
This site uses cookies to enhance user experience.